(Written by Power Pen on June 06, 2016 edited of the Green-feathered Parrot bird Macaw)

(Editorial) Hardly, we have said that the sequels of "Gravel travel" at long intervals are the rule, this article breaks it again. The outstanding star reporter Power Pen worked hard for our valued readers of the travel magazine, so that the sequel was released so quickly.

Power Pen (PP): We continue right away with the further report of the Mediterranean coast.

David Brandenberger (DB): I met Michel and Sophie from France at Aidincik, which are on the road for two years and work in between. We then met again on the road and a triple team arose from cyclists and a Solatrike. But we had different speeds up the mountain. Because they have a smaller transmission, they drove up slower. I was waiting on the pass with bananas for them. The road then was an up and down until I no longer knew where I was. After a further pass, I then have lost the French couple and continued on my own pace until Tasucu. There I wanted actually just take the next ferry to North Cyprus, but I noted with horror that my identity card was still in the last hotel. So, I stayed a couple of days until the next ferry left and I got sent to my ID. I used this time to walk around in the area, to make a sketch of the Mermaid statue at the Harbor and to ‘pilgrim’ to Silfike for the archaeological museum.

PP: Shrewd readers had recognized in the last blog where the tour will lead to and now it is also clear: to Northern Cyprus. Why only the North and not all over Cyprus?

DB: I wanted that too, but when I travel from Turkey I can sail only to Northern Cyprus. Cyprus, however, does not recognize Northern Cyprus as a State, because in 1974 the Turkish military took over Northern Cyprus and claims it now as their territory. Cyprus considers it illegal, even today, and thereby also the entry to North Cyprus. I should have gone to Rhodes and travel from there to the South. Then I may travel to the North and back to the South. But if I enter from the North, I would expect fines or even jail, just because they do not want to accept a history of over 40 years ago. That’s so stupid. Northern Cyprus is not recognized even by the EU, while many construction projects are sponsored by the EU. This is also a contradiction. I don’t get that politics, and remained on the north side.

DB: Exactly. I woke up in the morning off the coast of Girne. While searching for a cheap room, I drove through the narrow streets of the city centre which always sink in the traffic. Suddenly stray dog from both sides rushed to me and one bit me even in the left upper arm. Luckily, I had rolled up the Fleece-jacket, so that no bite mark was created. The local authorities couldn’t do anything, because animal rights activists want to keep these stray dogs. So, a kind of Wolf pack in the middle of the City will develop then. That is misunderstood animal love.

PP: But you like dogs and even worked with over 100 dogs once.

DB: But they weren’t stray dogs, as these creatures, which multiply themselves uncontrollably.

PP: After you visited Girne did you go further on?

DB: I had to creep up a high pass of 373 m just out of Girne. Then the ride went down fast and I arrived in Lefkosa (the northern part of the city of Nicosia). There I went into a pension in the middle of the old town and had all the sights in the vicinity. However, before I found the accommodation, I saw at lunch with horror that four spokes on the rear wheel were broken. I had to repair that immediately.

PP: What was different on the streets of Northern Cyprus?

DB: The left-hand traffic. This was once a former English colony and therefore it’s still left-hand traffic. Now the English try to buy the island back bit by bit, because more and more land will be bought by the English. Although the Turkish Lira is the currency, many prices are specified in Pounds or in Euro. The second particularly in the market of Lefkosa, because the tourists from the South have only Euros in their wallets. Those who missed Berlin at the time of the wall can see here a separated city and get a wall, barbed wire and border controls as well. The view was quite weird in the Centre of Lefkosa, where the border crosses through the middle of a residential building. After two days, I then drove along a pretty long flat road and only stopped in the archaeological site of Alasya in Egkomi.

PP: Was it worth it?

DB: Well, the old walls are overgrown again and you cannot imagine the city. The different ages of the walls are not shown. Only a few potteries give the brittle walls some colors. Therefore, I went then further on to Gazimagusa and within the old town I rented a seedy dump for two nights. The castle in which seemingly Shakespears Othello took place was right next door and also the remaining sights were within walking distance. Many old churches, of which some built of the Crusaders times ago, can be seen now as ruins. The largest church, which served as a cathedral, was then converted into a mosque and a minaret was added. You can marvel at the city wall with its bastions at the corners around the old city.

PP: But the largest tourist attraction of Gazimagusa is a bit outside of town.

DB: About ten kilometers to the North is Salamis, an ancient city from the Roman period. There are especially the gymnasium and theater to see. More ruins lie further away and need more time to explore. Of course, I visited a Roman bath, the Zeus Temple and the remains of the Agora from the Roman period. There are still the remnants of two basilicas from the Byzantine era. I just explored the mosaic of the second Basilica as it started to Thunder and lightning. So, I hurried back and reached the Café before the heavy rains. After an hour, I then switched to the entrance and waited there for the end of the storm - unfortunately in vain. But I had to go on and at half-past four I drove through the pouring rain. Despite rain gear, I was slowly been drenched from above and below (large puddles). As fast as I could, with about 27-30 km/h I rushed through the rain. When it stopped raining, I searched the campground but didn’t found it. I could pitch my tent next to a restaurant in a public park for the night. Food was then in the dry restaurant.

PP: Was the weather always so bad?

DB: No, most of the time it stopped raining after an hour at least, but on this day, it lasted longer. Anyway, I could continue dry the next day. On the way I visited pretty churches, burial caves from the Hellenistic period and was driving through the beautiful countryside of the Karpaz peninsula. Almost at the end, I found a hotel on a long Golden Beach. The next day I drove the rumble-dirt road up to Cape Andrew only with the Trike, up to the extremity of the island. Unfortunately, I could not visit the monastery which is attributed to the Apostle Andrew, because it's under renovation. But I spent the afternoon at the Golden Beach, where I was all alone.

PP: Have you met anyone on the beaches?

DB: On the next beach I met a wild donkey. But somehow the rain two days ago affected me in a kind and I was quite struck after 25 kilometers. So, I was looking for a nice spot on the beach. I wrapped me in the sleeping bag in the afternoon Sun, to sweat out the fever. When I pitched the tent two other cyclists joined me quite further away. They were on their way again in the morning, when I crawled out of the tent after a night with fever dreams. I enjoyed a morning swim in the cool sea and cycled further on the North Coast. A new road now leads along the North Coast and secluded bays. Before I came to Kaplica, I met some students who sell beard care products. They were of course very exited of my beard.

PP: Did they give you at least a product?

DB: What are you thinking? I had to buy it, because students are constantly in need of money. In return I had to pay anything at the next campsite, because that was also not an official campsite. The Camping-sign referred only to the caravan place on the site. As I was at dinner a local man from a caravan brought stuffed wine leaves, tomatoes and cucumbers. Somehow, I had counted wrong while planning and I came back to Girne a day too early. That’s why I spent a night in the same hotel again. The ferry left only in the evening and so I had time for a trip on the day. I was desperately looking for the old town Lampoussa. I drove up and down the street, but I found neither a signpost, nor an indication of where it could be. The people on the road had no idea until I asked for in a small shop. No wonder no one knew it, because most of the ruins are located on military restricted area. I could only find a church and a few grave niches.

PP: Did you find else oddities?

DB: On the last leg back to Girne I was overhauled several times from the same car in which jutted two-gun barrels from the Windows. In between it banged in the countryside. Probably they go hunting and bluffing every Sunday. Our hunters don’t hold their guns out of the window, when they go hunting. A further oddity was that my SIM card did not work because it was no SIM card of Northern Cyprus. So to speak Northern Cyprus is an own country under Turkish power of protection. The North Cypriots also speak of the "Greek side" if they mean Cyprus, which is also no longer under Greek protection power, but is an own country. So, I didn’t get that system. That's why I went back with the next ferry to Mersin, Turkey.

PP: Why have you now delivered this blog pretty quickly?

DB: Because I have edited all photos until North Cyprus. But I had so much to tell, that it was enough for two blog posts. The next will take again slightly longer, until I edited all photos and made a few movies as well.

PP: The photos and movies to this Northern Cyprus round trip are of course all ready to see. The next blog is waiting with some broken records. We are already excited and looking forward to see the next photos from... 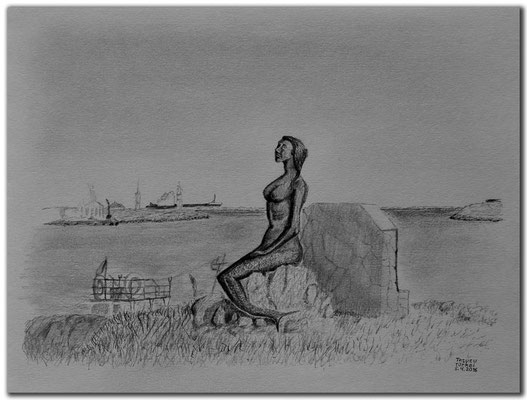 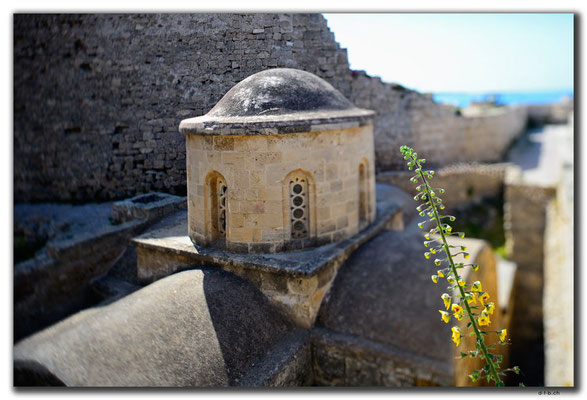 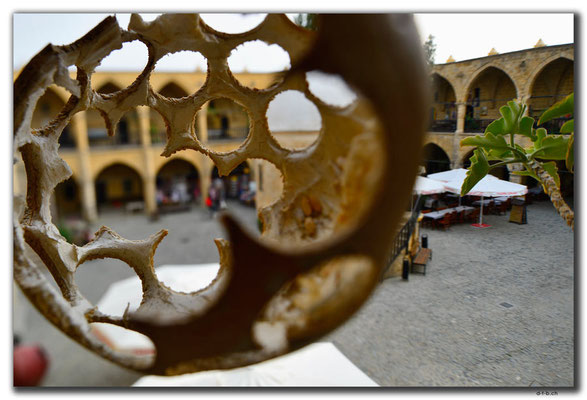 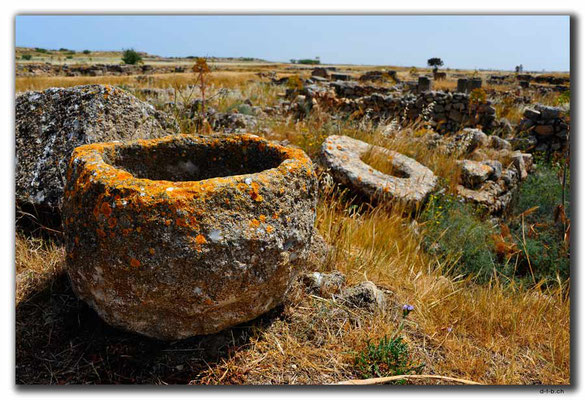 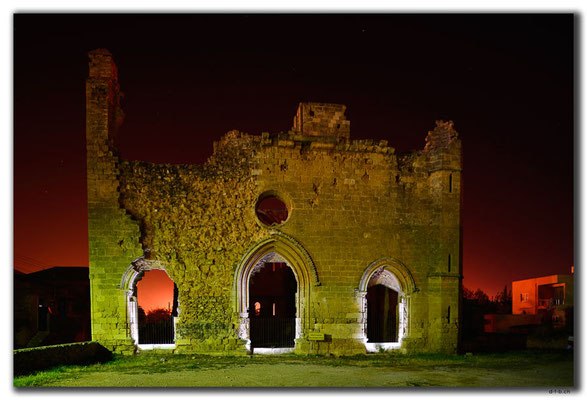 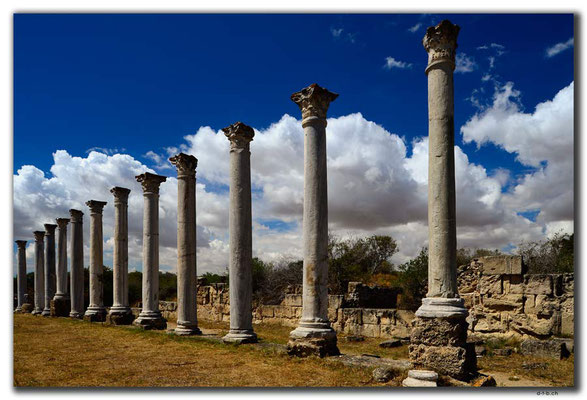 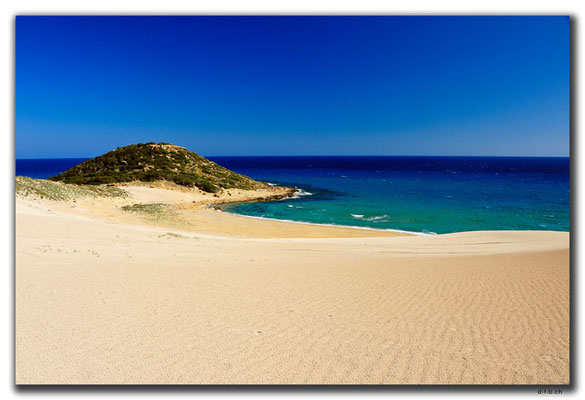 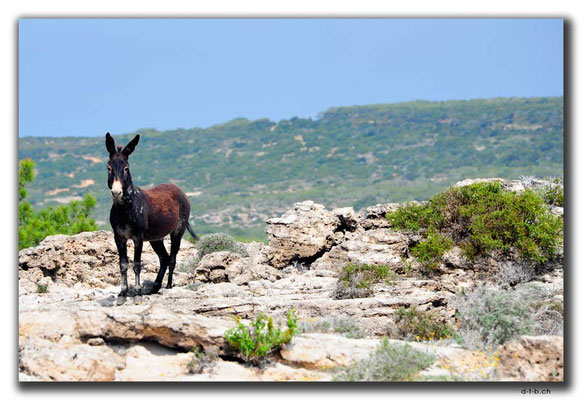 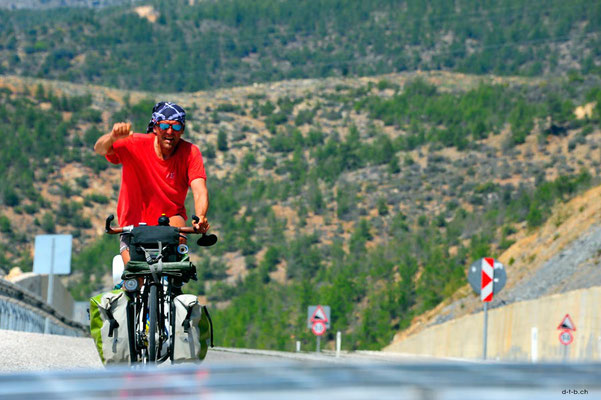 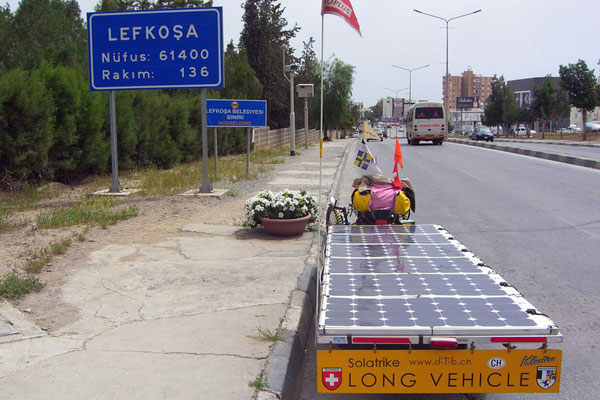 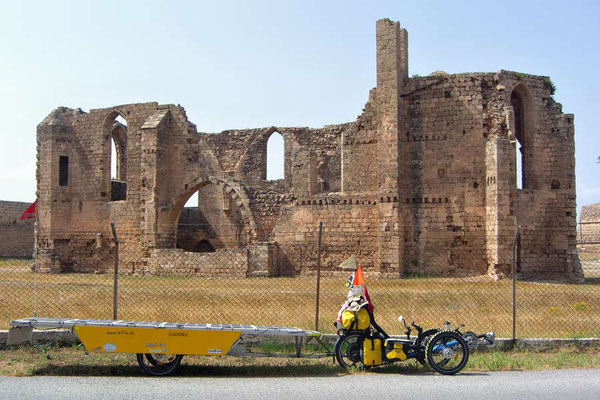 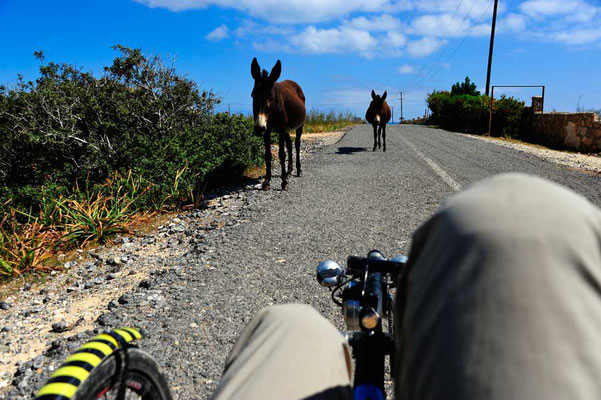 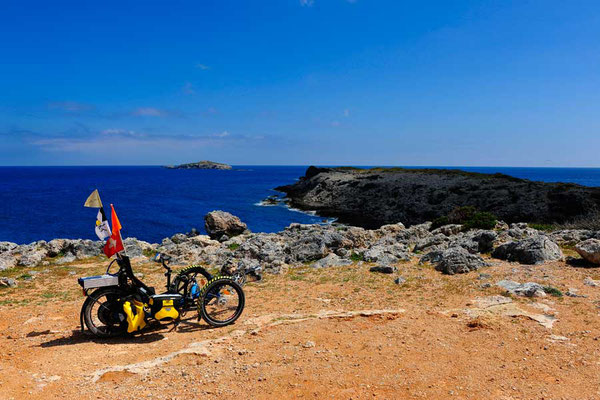 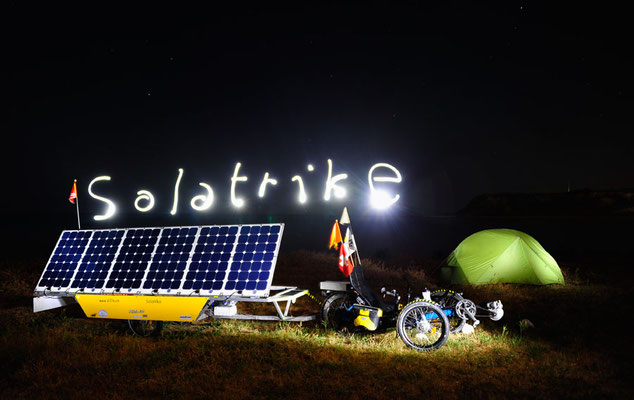