(Written by Power Pen on June 02, 2016 edited of the Green-feathered Parrot bird Macaw)

(Editorial) "Gravel travel" continues his turn as usual undetermined and long overdue to report about the journey of the Solatrike II. The Outstanding Star Reporter Power Pen had to exert some pressure for our valued readers of the travel magazine for finally taking place an update.

Power Pen (PP): It is going worse with you. Why are you now with the reports so long behind?

David Brandenberger (DB): I just want to supply each topic with photos and other illustrative material and the photos don’t edit themselves as well. The short movies also need time.

PP: So just take fewer photos, we'd be even slightly faster and above all more actual.

DB: It’s easy to say. Even if I delete many photos there are still pretty many photos that are left. By the way: I am on the road to shoot photos. Additionally, I put suitable new background photos in the website to each side. Unfortunately, the operators of the website have revised the whole design shortly thereafter and that messed up my layout and I must adapt all texts again.

PP: The last blog entry ended as you arrived in Fethiye and been interviewed. How continued the journey?

DB: In Fethiye, I first had to recover from my cold and visited besides archaeological sites in the city and the ghost town of Kayaköy. When I was back to health, I proceeded to the excavations at Xanthos, Letoon and Patara. Along the Mediterranean coast, Kas and Demre with other archaeological sites waited for me. I visited the Church of St. Nicholas in Demre, which Name is here Baba Noel and he had in fact not a long beard.

PP: Yours is even longer than that of Santa Claus, but his was white.

DB: This is also the only thing that matches the appearance to today's Santa Claus. In Myra where he worked are only the theatre and numerous rock tombs left. On the further tour I visited Limyra, which although has a smaller theatre, but over a larger area holds more stone witnesses of different times.

PP: You have travelled from one archaeological tourist attraction to the next. Do you have to tell us a different story?

DB: After I left Limyra I wanted to cycle to Olympos (another Hellenistic site), but the road led me over the mountains and at the first rise both chains broke. That was not so funny. Repaired again at a Car station they broke twice again on the increase until I found out how I can repair the chains correctly. That took a lot of time and I was late on the way. After the first pass of 360 meters a serpentine road followed down. The connection road to Olympos was in repair and a dirt road. So, I followed the signs to Olympos 10km. That was up to the mountain again a next serpentine road. It looked like it didn’t want to end and the night came already. Finally, just before the pass at 600 metres, I pitched my tent in the dark with black hands and prepared a salad - not so easily with oily hands.

PP: Did the chains worked then?

DB: I let replace both in the nearest town (in Kemer), it was also time for that. Then I went to Antalya, where Tuncay came across me with his bicycle. He works as astronomer at the University where I could park my Solatrike for the next time. I had still to do some more repairs on the Solatrike and even had to fly to Germany.

PP: Why to Germany?

DB: The thing with my first Solatrike ended as a case to the court. We had to go to the second instance because the flimsy ground of the opposing lawyer was believed by the first instance. These have been explained although by the second instance as null and void. But it took the opposite side to more strange reasons to move off the hook. Anyway, it was suddenly said that I should not appear, because the Court see the rights on the opposite side and is no longer to be agreed by me. So, I had to withdraw the case. But I am not sure, if there weren’t any deals between the lawyers or something else is gone. I don't say anything now, but there are a few suspicious facts.

PP: Why did you fly to Germany though?

DB: Because I could not cancel the flight. However, I used the opportunity to pick up some spare parts, which I did not find here. I could stay in Hannover with Gerrit and Cordula. Gerrit is so to speak, a veteran of couch surfers and has hosted over five hundred people so far. They have even made a city tour with me and delivered very interesting details. The weather was very cold and rainy, but I tried to pick out the best.

PP: These photos are for viewing in the chapter Germany including a short film. What happens now to the first Solatrike?

DB: There I have found a solution, hopefully. If I would throw it away, it would be costly and a shame, because some parts are almost new. There is a non-profit Club that repairs bicycles and offers a job to refugees in Ludwigshafen. They wanted to take the Solatrike now as it is. This should be done in the coming days.

PP: Then you can finally close the first chapter.

DB: Yes, that would be finally completed for me.

PP: You flew back to Antalya and had a look at the city and surrounding.

DB: Besides the city tour and museum visit I made some excursions to waterfalls and the beautiful archaeological site in Perge. Because of “warm showers” I met Mustafa and some of his friends, who are also at the University, and with them I enjoyed a night tour of the old city. On a Sunday, Tuncay invited me to take a ride with his bicycle club. The Club consisted mostly of his family and a few colleagues from the University who took a few children along. So, then we drove as a "Big family trip" out of town. This is to be seen on a short film, where Tuncay contributed the most of the footage with the go pro. (Here you can see the Solatrike even from a different perspective).

PP: You could take a further trip, which you liked very much.

DB: This was to the Observatory at 2000m. I was completely overwhelmed to stand in front of the large telescope. The plant with the telescopes stands on the highest peak of the ski resort Saklikent. Unfortunately, this winter too little snow fell, that the resort did not open. In March, it was too late for snow anyway. The view of the area designed by volcanoes is still fantastic. Tuncay guided a very interesting tour through the different parts of the Observatory. So, my nearly three-week stay at Antalya ended with a very nice experience.

PP: Well it was time again to continue the journey. You left further along the coast.

DB: Yes, Tuncay accompanied me from the city up to Perge and there I had to say goodbye to a new friend. I had enjoyed the time in Antalya and am very grateful for the great help by Tuncay. The road was very flat and well built, so I could rush through almost by 30 km/h. In Aspendos I made a stop, to look at the famous theatre and the surrounding ruins. As fast as I could I cycled further, but though I arrived in side after dawn. I stayed there for a day, to visit the old ruins. The waterfall nearby was currently inaccessible due to construction work. On the way to Alanya I was invited at Avsallar by Bora for lunch. He has also clarified the ferry connections and I had to adjust my plans then. Because I wanted to go from Alanya to North Cyprus, but the ferry service has been discontinued.

PP: That means you had to attach a few kilometres more.

DB: The next port is in Tasucu and the coastal road what I was going to until there is very hilly. But first, I stayed for two days in Alanya, visited the Castle, the Museum and the stalactite cave. For recreation, I sat down at the beach and sketched the view of the Castle before the sunset. Here, I had installed the camera so that you can watch in time lapse, how the sketch is created and then the sun set.

PP: The route to Gazipasa afterwards was still pleasant to drive.

DB: There I had no major problems and beautiful views of the coast. In Gazipasa, I had even more time to walk along the beach to a collapsed cave and back. But then the steep road started. Of course, the front chain broke again before the first climb. Now, I have repaired that well and until now had no further problems. The road led up to almost 500m altitude and back down to sea level where I ate lunch first before I climbed the next mountain. After the next 100 metres it was finished, because the gear cable broke. Of course, I had no substitute and was pretty screwed up.

PP: How did you solve the problem?

DB: The people there first offered me tea and mended it with a brake cable. So, I could go still further on. Still problems made the speed shifter or something else, but I had to continue. The repair cost me time again and so I continued around half-past four. I cycled the Solatrike up until 465 m. In between it was also often an up and down, that I made some altitude more. Afterwards the road led down again, but all of a sudden, I faced a very steep climb. I mounted the rope and pulled the Solatrike up the mountain. Quite sweaty I followed the road up and down until it led again to the sea. As I arrived at Demirören it was then already evening and too late for a further climb. The pension didn’t want to rent me a room and so I had to camp in the vicinity of the beach. The next morning the road led at 100 m altitude through a tunnel, but was then rebuilt and the detour was via a steep dirt road where I found no grip. So, I pulled up the Solatrike once again. Two nice construction workers helped me to push it up. After a further tunnel and up and down, I reached the pass at 265 m, where it then went to Anamur down again. There I found a bike shop which I replaced the gear cable. I had once more an up and down road in front of me but after Tekeli and Gözen, the road builders even have outdone themselves. I think they had too many plates with 15% gradient and used the area to do roads like that. I slowly cranked me up this 15% climbs higher and after an up and down drive, I ended up completely done in Aidincik. I've documented the whole story in a movie.

PP: We must also finish this documentary and close the blog, because the space is lacking here for more stories. Thus, we will tell the roundtrip advertised in the last blog in the next blog. This should come in a few days - I hope so anyway! 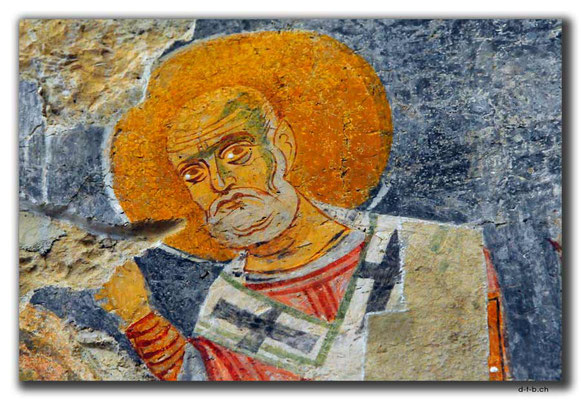 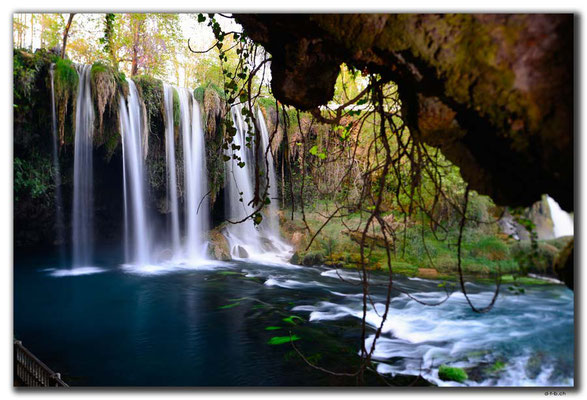 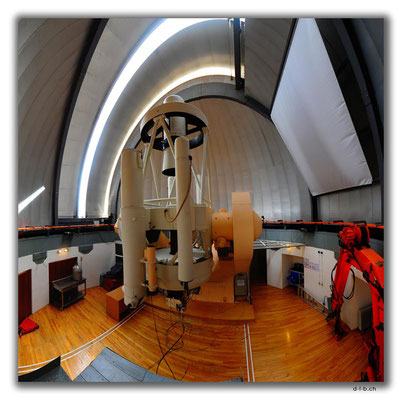 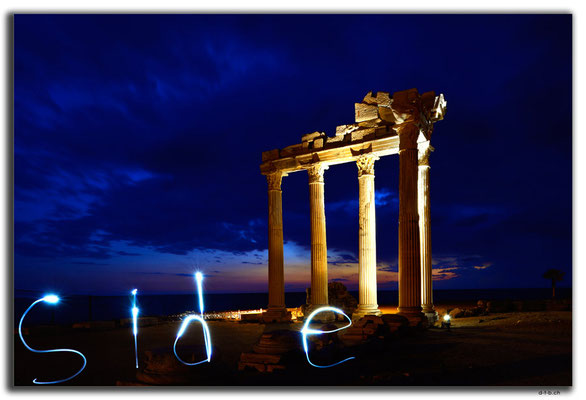 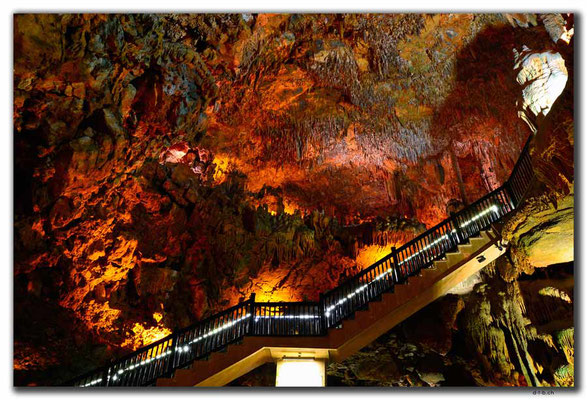 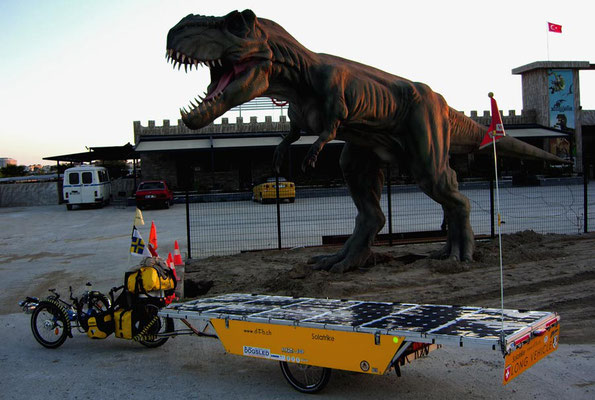 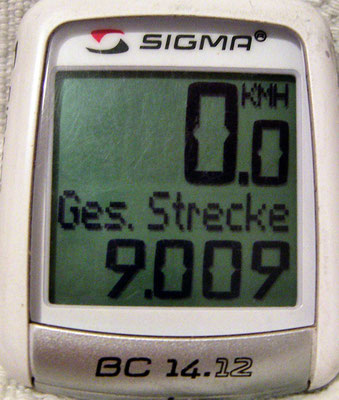 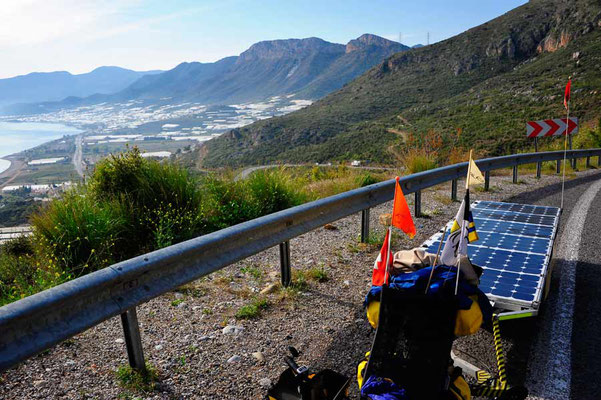 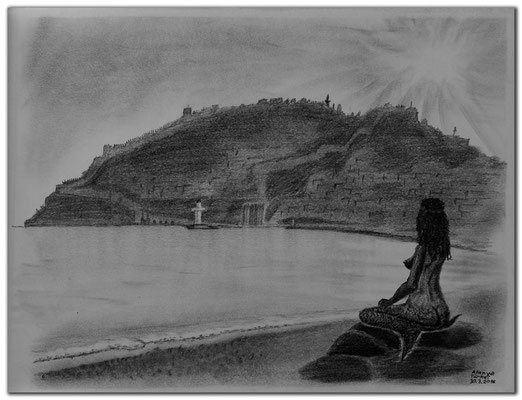