(Written by Power Pen on October 18, 2016 edited of the Green-feathered Parrot bird Macaw)

(Editorial) Estimated readers of the travel magazine "Gravel travel", we from the side of the editorial team are presenting hereby, with the usual delay, the latest edition of the travel of the Solatrike. This led into the Iran.

Power Pen (PP): The departure from Azerbaijan was not so lucky. How was the entry into the Iran?

David Brandenberger (DB): The Solatrike was considered of course again interested by any officials, soldiers and other military. After a long wait on any red tape, I got still an entry form for the Solatrike, although I used none for a bike. But after 200 m this was removed again from the next official - all intervene, that I need it again at departure, no avail. After a little Criss-crossing in Astara and the help of local guys, I had arrived at my new hosts Azadeh and Arash in the evening.

PP: There you had a surprise.

DB: In the entrance stood a green bike that I was pretty familiar to: the ‘green coriander' by Verena. This reunion was a surprise of course, because she was broken up slightly sooner at Tbilisi and went through Armenia. I thought she was quite a bit further on the road. I wanted to go on further the next day as well, but I needed money to change only at an Exchange Office, to buy a new SIM card and organize a street map. That took time and that's why I decided to go on a day later. So, we enjoyed a little trip into the landscape, to the sea and the city with our funny hosts.

PP: For the first time you left not alone.

DB: For the next two days I was cycling with Verena along the coast of the Caspian Sea. Unfortunately, the road led not just along the coast. But on the second day, we couldn’t stand not to bathe in the sea - Verena in full clothing of course otherwise it’s not allowed in Iran. The night in between we could camp at a restaurant by the road in the garden - each in his tent of course. Verena conjured up a tasty meal with selected ingredients.

PP: In Rasht you broke up again.

DB: We both had found another host. I could meet Faraz with his wife and baby. He had of course to work during the week, but he organized his friend Mohammed, who took his best friend. With the two funny guys, I then walked through the city. After we had wandered off the sights, we headed to the famous village of Masuleh. This is high up in the mountains and one House has been built over the other. When you get out of the House, you’re standing on the roof of the lower House. But this is no well-kept secret anymore and everything is pretty touristy jazzed up with souvenir shops, restaurants, and folklore.

PP: But you go to all tourist attractions. How was it with the aerial cableway in Ramsar?

DB: Well there I had some time and thought to myself, why not to go up once. Well, the view was not exactly exhil-arating - even though we have no sea in Klosters our view is prettier. I have pitched my tent then at the sea next to an amusement park.

PP: How are the Iranian campsites?

DB: All have the cheap pop-up tents and camping is a new thing there. They are then put in concrete shelters and the floor will be covered with carpets. The camp guard was quite dismayed that I rather wanted to pitch my tent in the lawn. When I then showed him, that I cannot beat my tent peg in the concrete, he let me camping in the grass.

PP: How was the Solatrike actually?

DB: In Astara I had to replace two broken spokes, one in the rear wheel and the first in the trailer wheel. As I wanted to move of Ramsar, a spoke was to replace again. The speed bumps in Iran are slightly better than in Georgia and Azer-baijan, but the roads are fairly bumpy. I could extend the gear cable sheath on the road at a bike shop with a piece. For the time, it was once resolved, but it remains a provisional arrangement. The costs have been paid by an uncle of the shop owner and he translated by telephone because he lives in Tehran. On the road, I was given also pears, figs and so on. In return I had to stop numerous times to pose for photos. Sometimes I could not travel ahead of this many stops, and then I had also once said no. Oh, it is not so easy to be famous.

PP: Don't pretend that’s just as people have never seen a strange vehicle like this.

DB: That’s for sure because of that! (Laughs) But that happ-ens to other cyclists as well. Cyclists are still a rarity in Iran.

PP: You arrived at your first aiming point. What is the story of that?

DB: In Abbas Abad I could leave my Trike for a few days, so that I could go to Tehran for visa issues. Jafar and Somayeh welcomed me and I was allowed to accompany them right to a Friday trip. We drove to Kelardasht located in the moun-tains and this is very popular. The families made Barbies (BBQ) anywhere in the forest. In the beech grove it looked like in the Swiss low land, if you ignored the writings on the trees in Farsi. Jafar was then also a grill master for the typical meat skewers and there were baked potatoes for me (without aluminium foil around).

PP: You went on your journey once again without Solatrike.

DB: At four in the morning the taxi drove up and took me and three other companions to Tehran. This was a big shock. Total traffic chaos, cars everywhere and a huge sea of houses. Although I could use the whole apartment of my host while I was there, I couldn’t enjoy it: there was no Internet access. So, I had to find troublesome an Internet café, which are not so numerous. But I had still a trump card up my sleeve: the uncle who had paid me the gear cable sheath repair. I called him immediately and half an hour later we met. Milad was a lot younger than I imagined, because he is as Uncle only a few years older than his nephew. He showed me a few attractions of Tehran; the Azadi square, an artificial Lake, the Milad Tower (no, that is not named after him) and we visi-

ted the Niavaran Palace, the residence of the former Shah.

PP: Weren't you due to the visa issues in Tehran?

DB: Of course, I had to do even that in between. I got the Uzbekistan visa pretty easily – even a brochure was delivered to me. The Turkmen Embassy was already strange. You had to pass the papers through a window and the officials complained first this and that, until everything was filled to his liking. I was told to come back after ten days or rather a fortnight. So, I had two weeks time to spend but I won’t in Tehran, this city wasn’t good for me. Even if I, meanwhile, shared the apartment with David and Ana from Barcelona and with them had a fun and enriching conversation. I visited even the National Museum and the Museum of peace. The second is laudable, informing of different wars, which shows impact, victims and futility, but also something unilaterally. The Iran in the Iran-Iraq war (also called first Gulf war) is attributed to the role of victim. Even if the Iraqi regime had started the war, but the continuation of the war the regimes of both countries are responsible for. I don’t want to know what is written in the history books in Iraq.

PP: We leave the wars in the history books and return to your journey.

DB: Unfortunately, I must take up again the cause, because the host in Isfahan (also called Esfahan) originates from the conflict area and speaks Farsi and Arabic. Khosrow and his wife Nafise are not only hosts of first class, but also very enter-taining, funny, and educated. As I arrived, I could stay at the grandmother’s home, who lived in the vicinity of the city, so I can get easy access to the attractions. I could visit them under the leadership of Daniel, a 17-year-old inquisitive student. We had not only visited the Central Shah square, where I made a sketch with their mosques and Shah Palace, also the bridges over the dry river and the churches in the Armenian quarter.

DB: I asked myself as well, but these are still allowed - although under control. The Armenians were deported here in the 17th century by the Shah of the town Dschulfa, and today they have "Common law". But the best was the excur-sion to the summer house. The half of the family came with us and we went to Semirom in the middle of a mountain range. A visit in Vanak Canyon brought me even closer to the Iranian leisure: BBQ everywhere like crazy, one family spread-

ing his blanket next to the other and had their Barbie. We walked back the Canyon a little up and back in the river. Although it was hot but the River was quite cold as it is fed with fresh spring water. The next day at the waterfall nearby Semirom was still a crowd although the holidays were over.

PP: So, you've experienced quite a few more, as you had hoped for.

DB: Yes, a lot! I changed my plans back in Isfahan. Actually, I wanted to visit Shiraz and Persepolis, but I had not enough time. That's why I decided to extend the Iranian visa in Isfahan and to visit only Yazd. Extending the visa was paper-work and I had to go from one Office to the next, make passport photos, make copies, pay to the Bank and go back to the office for the next turn. The next day I received the extension after further hours waiting at the office. But in return, I was allowed to visit with Khosrow and Nafise the famous miniature painter Amir-Hooshang Jazi Zadeh. The 83 years old painter is still very active and prepared a new large exhibition. That was for me of course a great honour to get to know such a luminary. We visited the flower garden also still together and alone I visited at the Jaime mosque, the Bazaar and some parts of the old town before I had to say goodbye by my funny hosts.

PP: You went by bus to Yazd, which we will describe in the next blog. You are currently already in Kazakhstan and go further to Bishkek in Kyrgyzstan with the Solatrike.

DB: There I will arrive hopefully before the snow. In Bishkek will be the end of the trip - for now. I will fly from there back to Switzerland for the winter break and continue my travel next spring from Bishkek.

PP: Well, you've ruined all the excitement, but at least you have more time afterwards to edit the photos and to get the blogs actualised. We are looking forward to what surprises you have yet to offer.

Editors note: In the meantime all videos of Armenia and Azerbaijan has been uploaded as well as the ones of the Solatrike.

At the beginning of Iran was also driven more than 13'000 km. 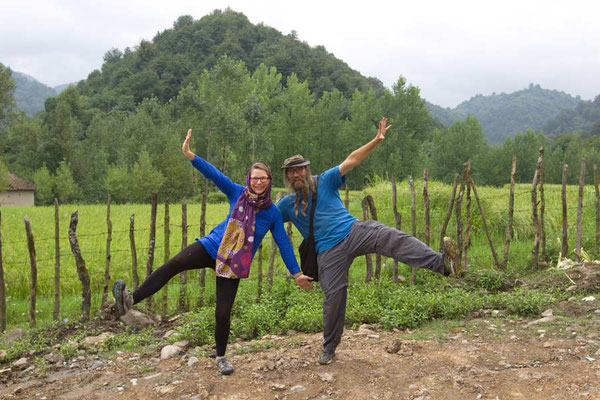 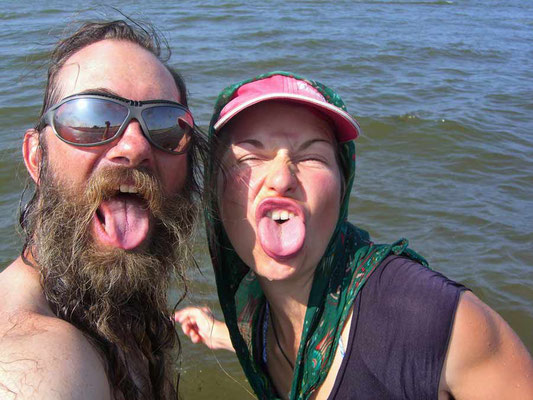 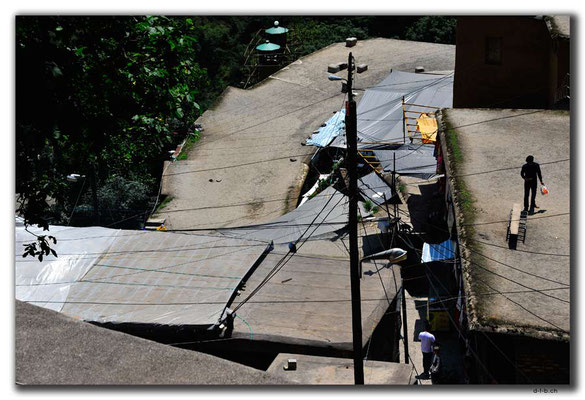 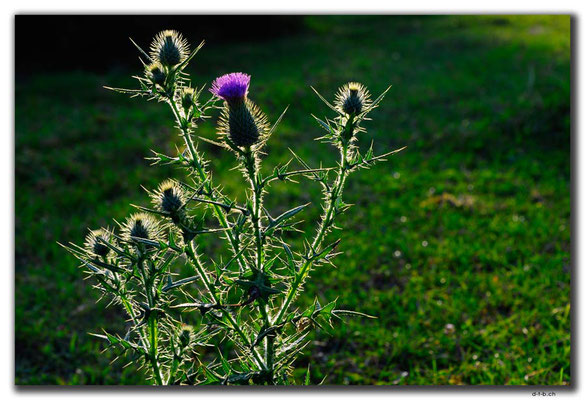 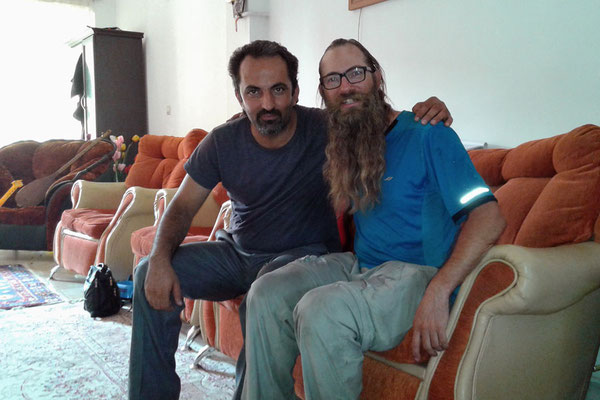 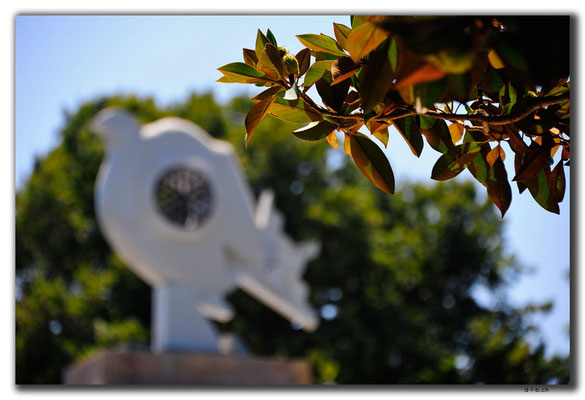 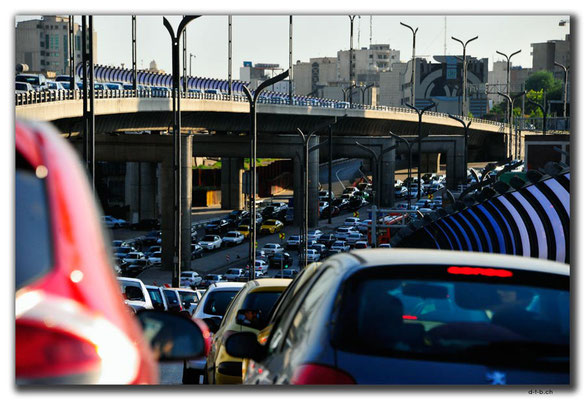 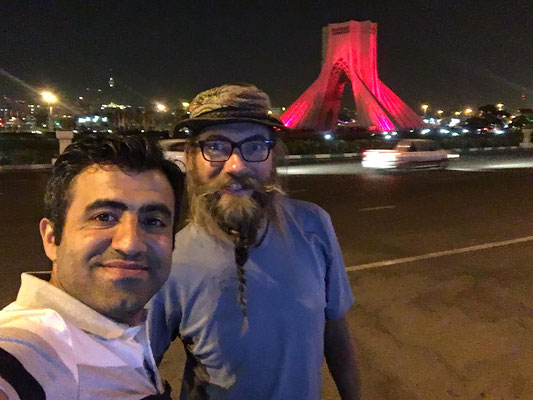 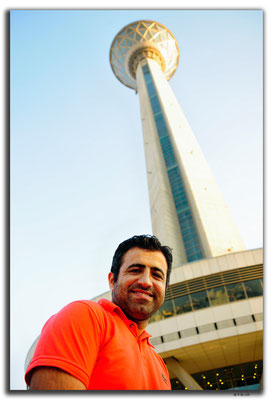 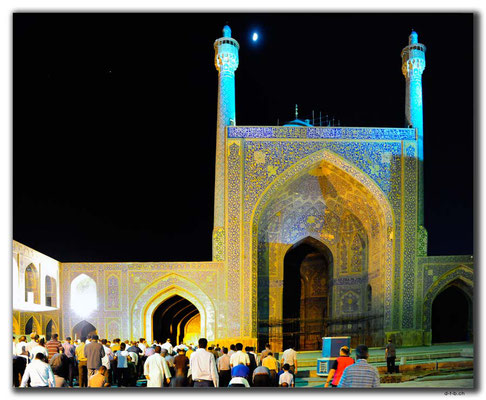 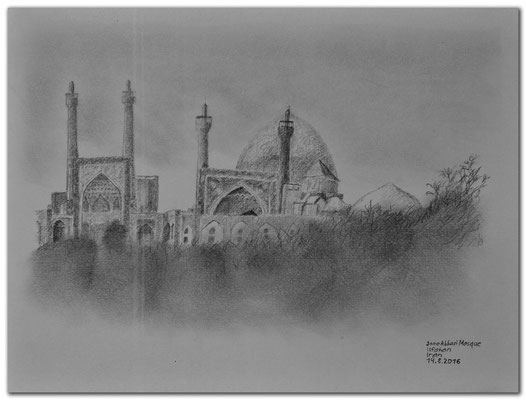 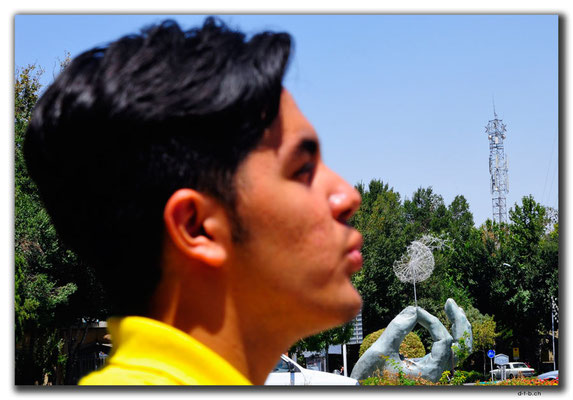 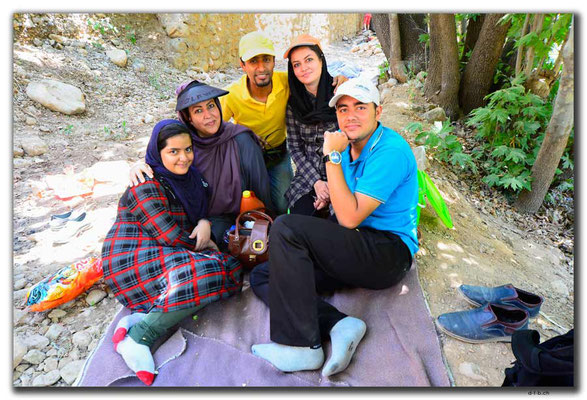 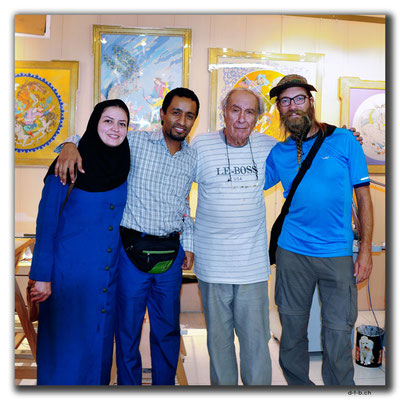 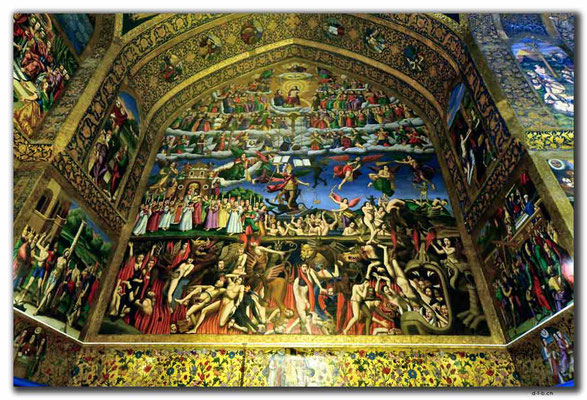 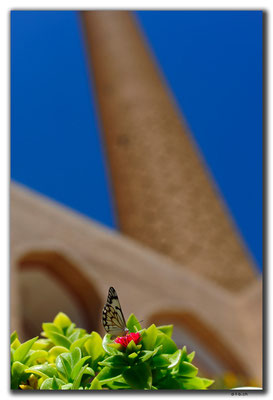