(Written by Power Pen on August 15, 2016 edited of the Green-feathered Parrot bird Macaw)

(Editorial)As promised with some delay the travelogue of Solatrike II through Georgia. "Gravel travel" offers hereby to our loyal readers the travel section from the Turkish border until Tbilisi.

Power Pen (PP): Which expectations did you have about Georgia?

David Brandenberger (DB): Basically, I let me surprise, I imagine however, that it is off in the mountains.

PP: Was it so hilly?

DB: Not for me because I selected the relatively flattest route. Actually, I wanted to take excursions to the mountains by bus, but it lacked the time.

PP: You were a month in Georgia and had no time?

DB: I made only the single trip to Armenia (in the next blog) and which was also shortly. The visa-applications took much time and then the weather in the mountains was bad that I had to give up a trip.

PP: But now in turn: you're entered from Turkey to Georgia...

DB:... and suddenly everything is different; people bathed in the sea, biked, strolled around, a casino is next to the other, cows, pigs, and geese on the road, many churches and a beautiful but hard-to-decipher alphabet. On the Turkish side, it had a few nice waterfalls and at the waterfall in Georgia I made of course a stop. Then I saw already that Russian would be better to communicate.

PP: Where was your first stop?

DB: I drove to Batumi, where I stayed in a youth hostel for a few days. The city reminds a bit to Las Vegas with extravagant buildings and many casinos, but has an old town centre with churches and other civilian structures. Of course, the Soviet era is also to be seen.

PP: All that you have visited and in addition the obligatory archaeological museum (rolls his eyes). What did you do in the city otherwise that long?

DB: I prepared the next visa application and invitation letters. Rainy weather was also not inviting to get out. One evening I met Claire from Wales for dinner. We have met in Giresun (Turkey) at the same host and here again.

PP: Did you have a swim in the Black Sea at least?

DB: At my next stop along the coast, it was the last opportunity, which I used. Until I arrived at the sea, the clouds moved before the Sun, which then immerse a cool part out of the water. The swimwear didn’t dry too, but the weather dried for the next time. So, I had to find a shady place on the way, to replace two broken spokes in the back wheel.

PP: You stayed a few days in Kutaisi.

DB: I had to change the accommodation after two days because the landlord wanted to rent just two nights, but I wanted to make a trip as well. I spent the first day with a visit to some of the museums, galleries and churches.

PP: Where led your trip to?

DB: By bus and taxi I concluded to the Prometheus cave. This can be visited only with a guide and it was a considerable stress to make good photos on tripod and long exposure. Hardly the photo was made I ran further through the cave and let the camera save the photo. I could thereafter, see on the photos where I actually was. I was quickly out but no bus or taxi drove back. So, I wandered the next two kilometers to the next Street, where a van picked me up. They made a detour, extra to take me to a junction, where I could ride in another car. So, I arrived quickly by hitching to the next attraction.

PP: What a lucky guy. Where did you get to?

DB: A whole Park has been built in Sataplia. There are dinosaur tracks to visit views to enjoy, forest walks and another cave to explore.

PP: Your next station was Zestaphoni; not just a famous place.

DB: But a good starting point for the next route. I've visited a few churches and photographed an old locomotive, while police have whistled. It is probably spying, if you shoot scrapped parts. In the restaurant, there was a typical Georgian and even vegetarian food: baked bean puree into the batter. Including drink, it was for approx. CHF 1.50. First, I had thought that they made a mistake.

PP: What route was then on the program?

DB: The only high pass, I had to get over in Georgia was at 1400m. But the street wanted not to exceed over 200 m. At Ubisa I visited the Church of the monastery in which books were copied by hand in the past. Now they are all in museums, but the murals are also worth a visit. I stuck then the longest time at 300 meters. I already imagined myself pulling up the Trike on the steep winding pass road, as the road went steeper from 500 m. Shortly after lunch, when I cooled the front engine with spring water, a tunnel stood at 820 m. I was mighty pleased not needing drive up the next 600m in steep Zigzags. So, I quickly came to Khashuri.

DB: Not always, since Khashuri I have used back roads to get to other places of interest. There were a few interesting churches, like the Church of St. George in Samtsevrisa, which is beautifully painted and surrounded by a fortress wall next to the road. In Urbnisi the nuns had to search the key before they could show me the Church. When they heard that I am a Protestant, they meant it was worth nothing. What was that again about the judgment and arrogance? Unfortunately, I couldn’t discuss with them about it, because they could not English and I no Georgian. But I had to think a lot about that.

PP: I think you visited then the Stalin Museum at Gori.

DB: Not at all, even if he is from Gori, I'm not a fan of him. Instead of the Museum, I visited a few churches and scrambled up to the fortress to enjoy the views over the city.

PP: On the way to Tbilisi you did a detour.

DB: I visited Uplitsikhe, an ancient city carved out of the rock - as I know from Cappadocia, only the rock is here of other origin. Then I rode a beautiful side street on a plateau, until I came along the River to Tbilisi.

PP: What happened to you in Tbilisi we’ll tell in the next blog and in between, you have time to edit the next photos. For Georgia, a new photo page has been set up and can already be seen.

DB: Unfortunately, I don't have access to Facebook and YouTube at the moment in Iran. That's why there are also still no movies to Georgia to be seen. I will deliver that, as soon as I have access again.

PP: Don’t already tell where you are right now, that takes all the excitement from the blog! (Tear his hair).

DB: But the readers know that already, when they look on the page: "Travel Itinerary" where I am currently.

PP: The next blog describes your stay in Tbilisi and the tour to Armenia. 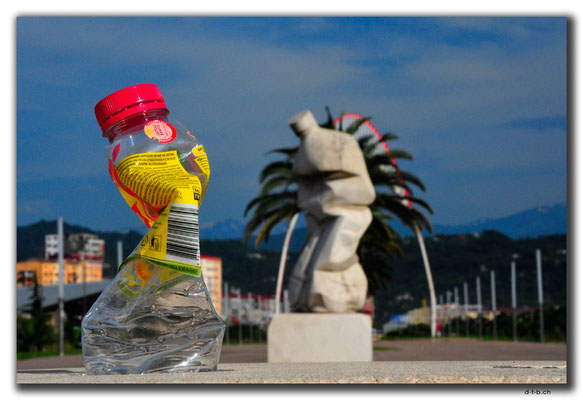 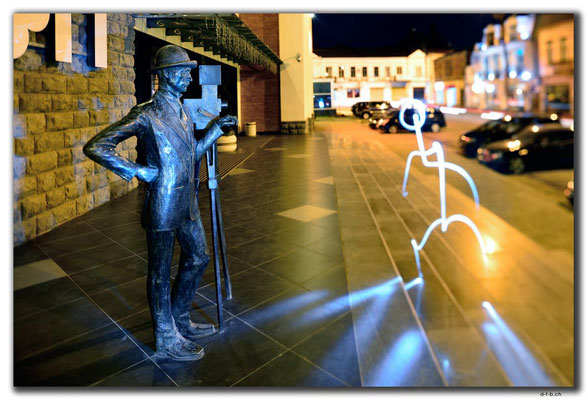 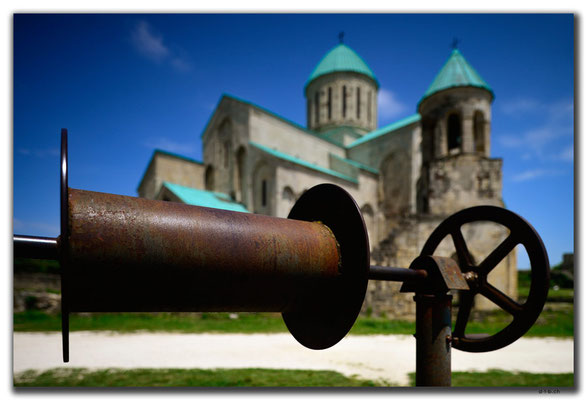 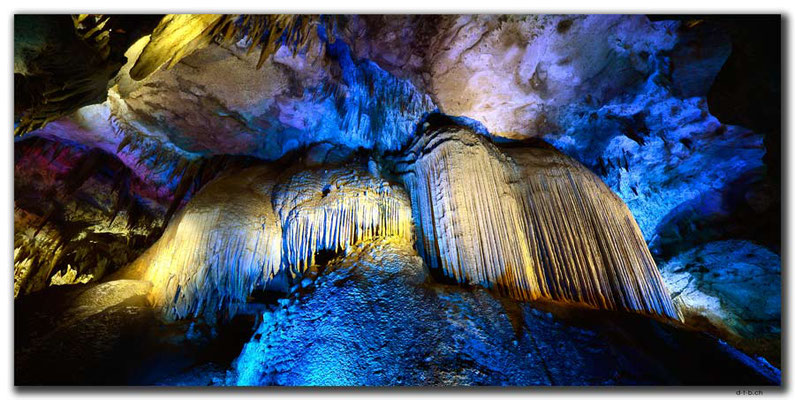 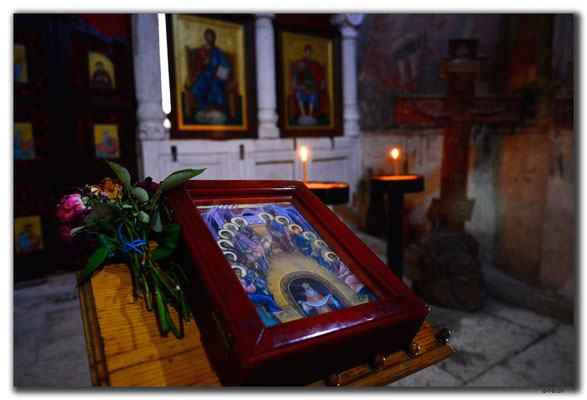 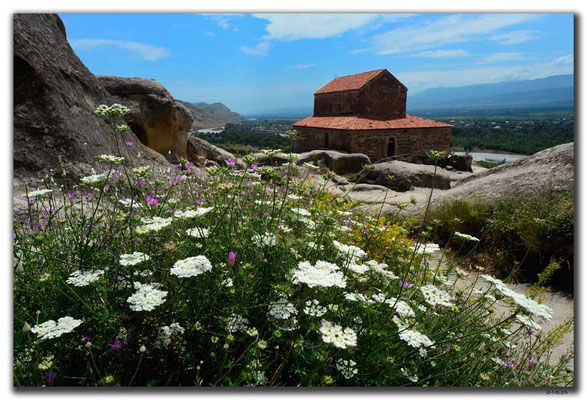 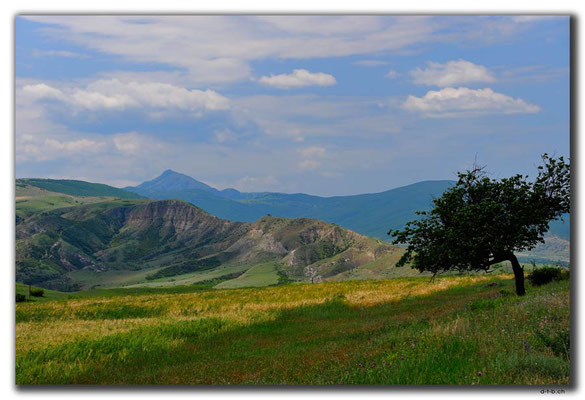 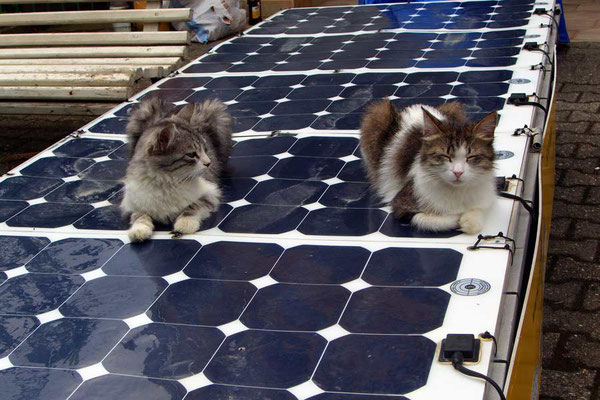 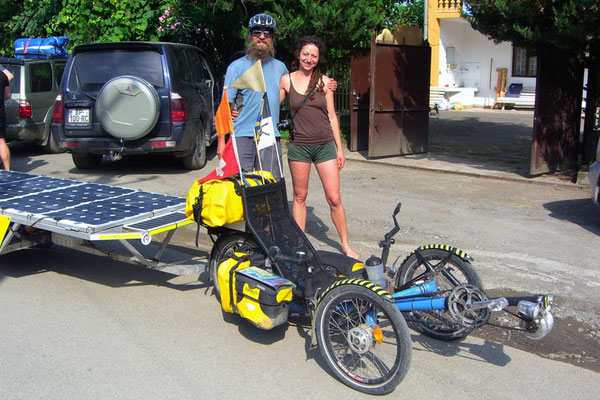 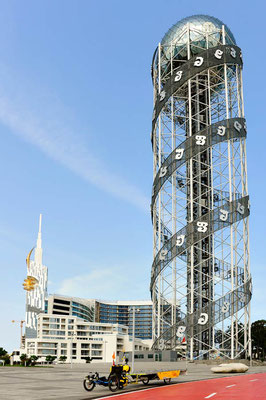 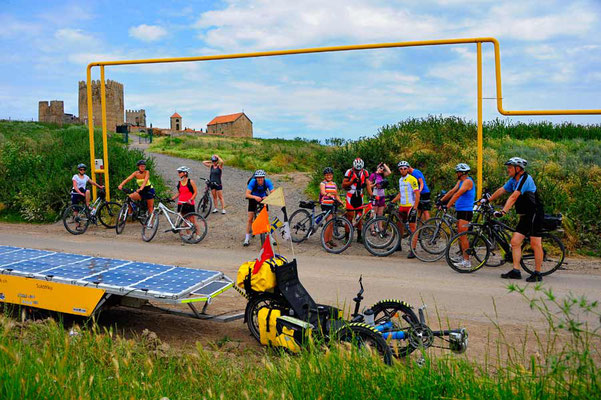 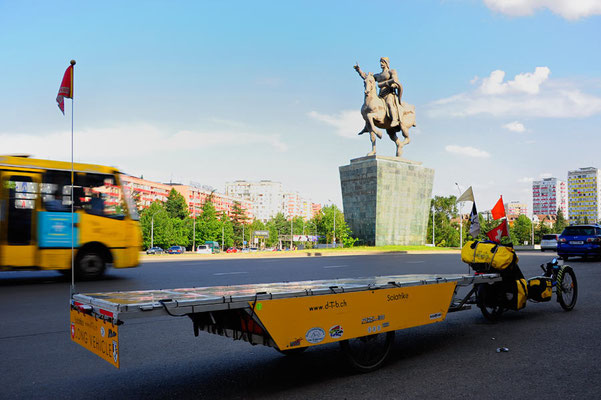 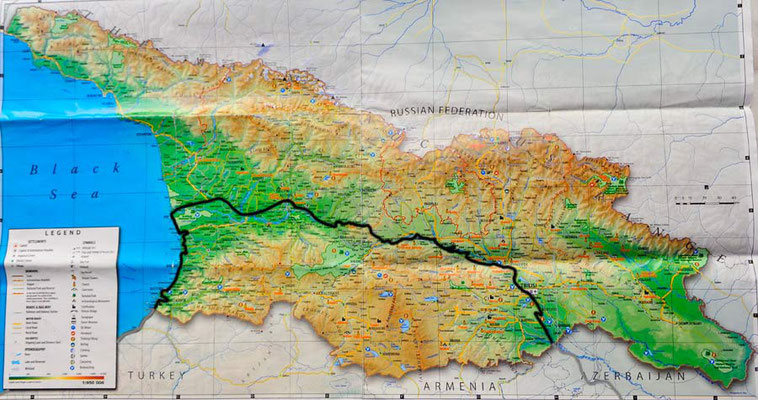